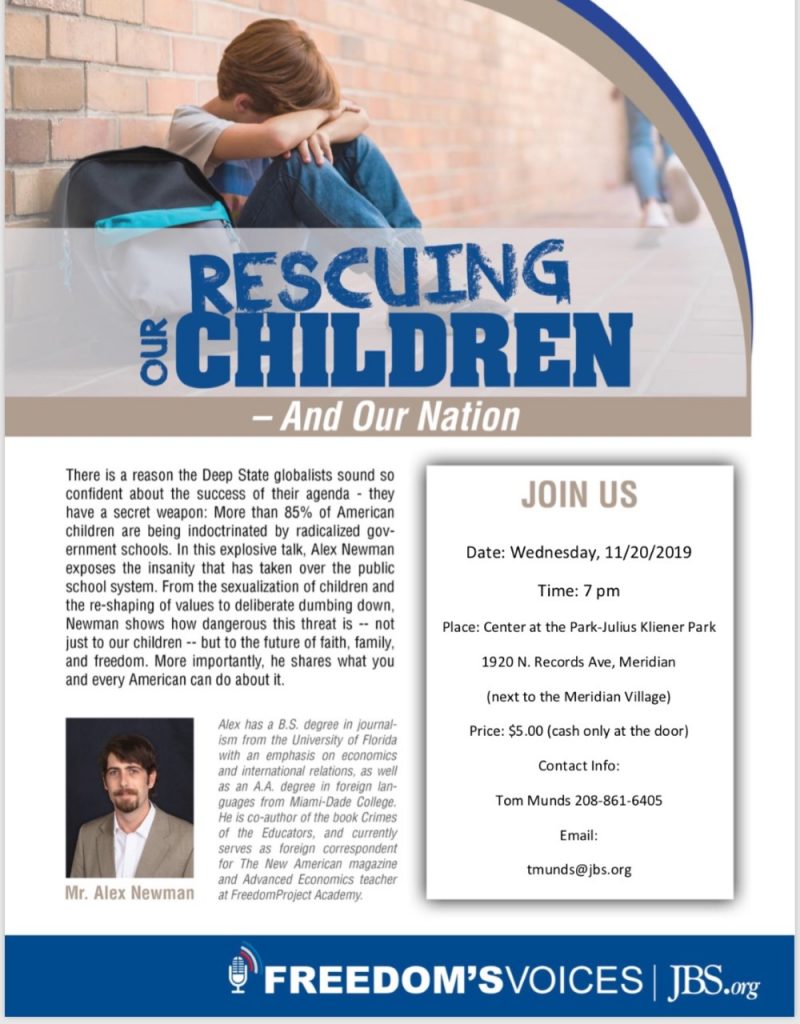 Secularists sound confident about the success of their public school agenda. American children are being influenced by a radical progressive curriculum that is being taught in our public schools. In this extraordinary talk, Alex Newman talks about the foolishness that has taken over the public school system. From the removal of all moral boundaries from the lives of our children and the reshaping of values to deliberate dumbing down, Alex Newman shows how dangerous this threat is. More importantly, he shares what American families can do to safeguard their children and guide them toward true success.

Alex Newman received his B.S degree in journalism from the University of Florida with an emphasis on economics in international relations as well as an A.A degree in foreign languages from Miami-Dade College. He is co-author of the book Crimes of the Educators, and currently serves as a foreign correspondent for The New American magazine and is an Advanced Economics teacher at Freedom Project Academy.

Your ticket for: Learn The Shocking Truth About Public Schools – Speaker Alex Newman on Nov 20th